Conference on Artificial Intelligence, digitalisation and automotive industry26 September 2019Next

Challenges of the Automotive industry: How can Artificial Intelligence contribute to the success? 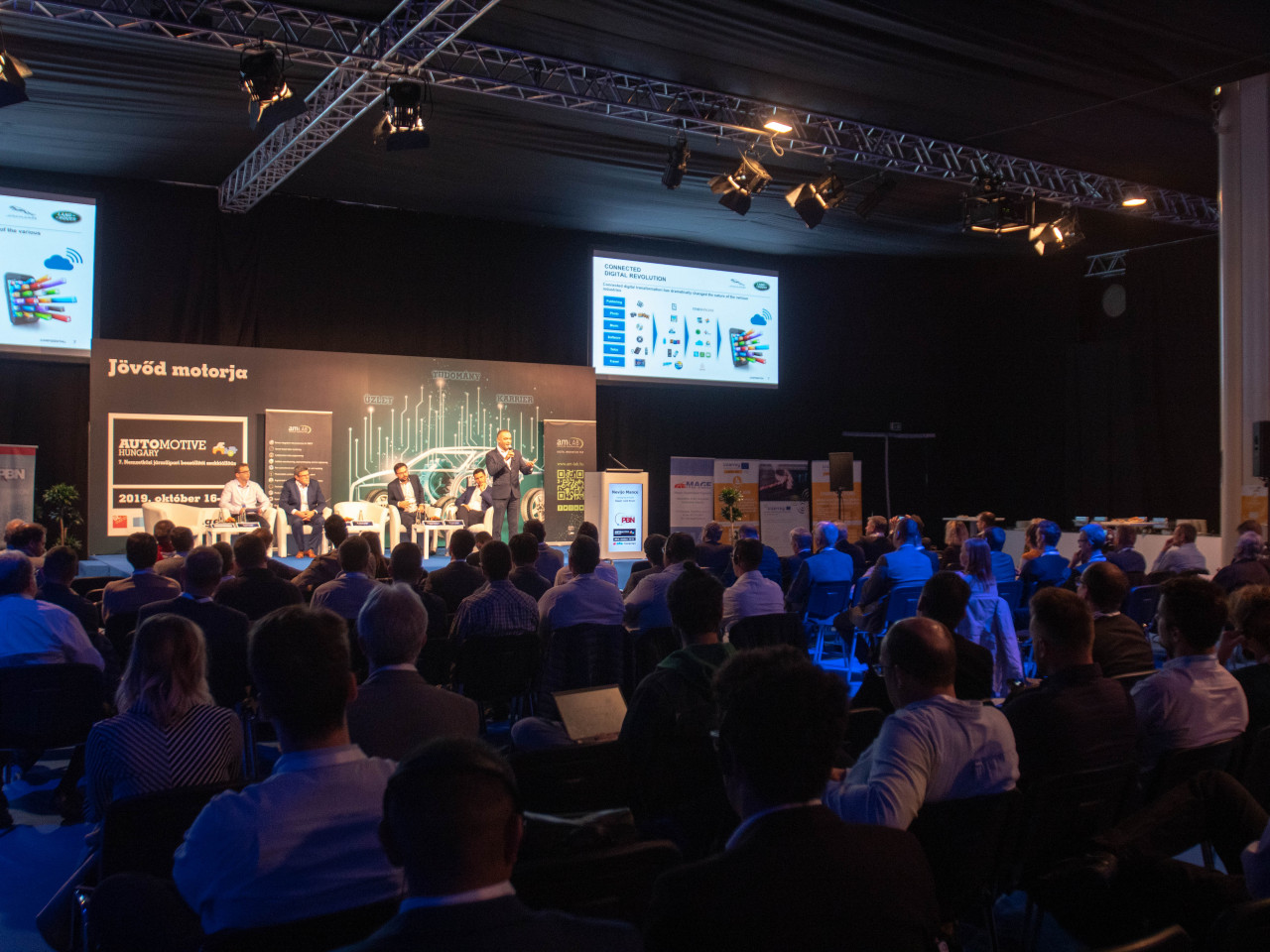 The specialty of the event was primarily presented by the invited and respected speakers of digitalisation and innovation – Audi, Jaguar, Land Rover, Kuka Robotics, Fraunhofer Institute, Dibuco GmbH, etc. They demonstrated the role of artificial intelligence (AI) in practice, as well as the present and future role of it in the automotive industry, with adding international trends. On the other hand,participants gained insight into domestic initiatives from the political and business side (ITM, SZTNH,AI Platform), too.

The relevance of the two topics is the impact of digitalisation and artificial intelligence on domestic suppliers and the strategic thinking of the big international manufacturing companies. Industrial robotization, automation, and the artificial intelligence serving as basis to these and are becoming increasingly important. The presenters stated without exception that self-driving cars and automated production mean the future. It also affects the workforce, competencies and professional trainings so that domestic suppliers can keep up with international expectations.

The speakers expounded that the solution lies, among others, in the so-called ACES revolution (autonomous, connected, electric and shared) and disruptive innovations, as well as in ensuring data coherence and creating unified data communication platforms. The organizer, PBN, demonstrated the learning process that raised the company the region’s major player in complex and unique, artificial intelligence-based developments they provide. AI is also the basis for the Zalazone test track, where prototype of self-driving cars is being tested implemented together with the research and development infrastructure elements.

Do you have interest to contribute to the work of the Working Group? Than do not hesitate to contact the coordinator Mr. Barta at balazs.barta@pbn.hu.

Any cookies that may not be particularly necessary for the website to function and is used specifically to collect user personal data via analytics, ads, other embedded contents are termed as non-necessary cookies. It is mandatory to procure user consent prior to running these cookies on your website.